My Sitdown with FlyNubianQueen.com - Women's Choices

A PARTNERSHIP OF PEACE

I teamed up with my long time friend and frat brother, Duane Porter to come up with some possible solutions to aid in stopping the violence in Chicago. Our proposed solution for dealing with some of the ills that plague our Chicago communities is the creation of a "Partnership of Peace" with our community and faith based organizations, educational institutions, governmental agencies, and businesses. This plan is far more extensive than what is presented here but this is just the premise of what we think may work.  By building the community, we also build hope, self-love, and opportunity in the form of jobs and resources.
Introducing the 4-part plan for the P.A.R.T.N.E.R.S.H.I.P. O.F. P.E.A.C.E.
1. Establish collaboration between our community and our educational institutions
2. Engage companies to come alongside and improve the condition of communities
3. Encourage companies committed to community with incentives and opportunities
4. Ensure the safety and security of our communities

Classic Music is Back @TheThrowbackLA

Brought to you by DJ Mark One of Cypher Lounge Radio
Hosted By - Hassahn Phenomenon and Dasha, The Divine Divah

In the meantime, get a little taste of The Throwback: Feel free to download this Six Minute Mix courtesy of DJ Mark One. 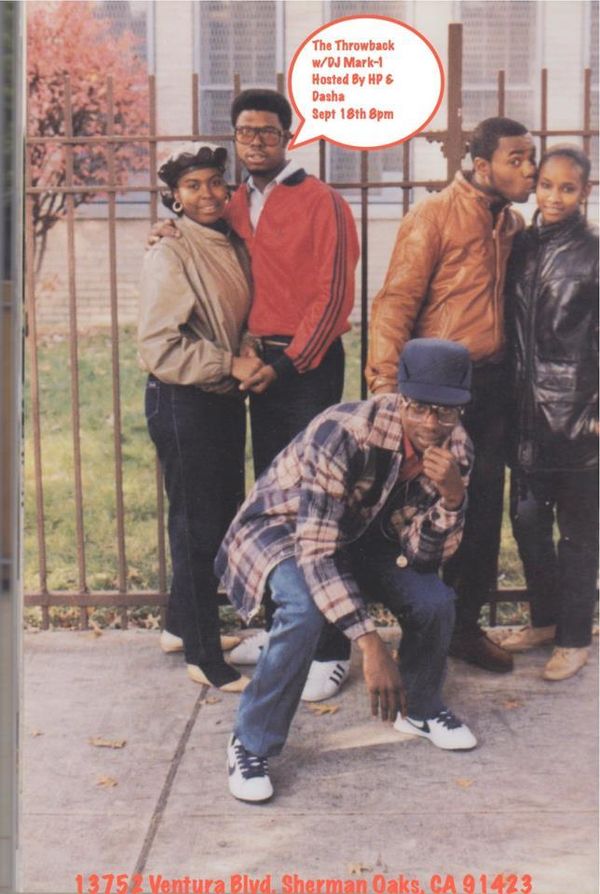 What's The Big Deal About Sports?

A young lady recently asked me, “What is the big deal with sports? Every time I turn on the TV it seems as If someone is getting arrested or doing drugs.” She definitely has a point; with the controversy surrounding Barry Bonds breaking Hank Aaron’s homerun record, David Beckham mania bringing validity to soccer in the states, NBA referee, Tim Donaghy making illegal bets on the games that influenced his play calling, Tiger Woods being a little too loose with "The Wood," and Michael Vick’s indictment rocking the world of the NFL, the sports world seems like more of an episode of “The Young and the Restless” rather than the awe-inspiring competitive world of superhuman athletes we have grown to admire. Even in the midst of all the drama we are still drawn to the excitement, the struggle, and the accolades that sport brings to our lives.

Muhammad Ali once said, “Champions aren't made in the gyms. Champions are made from something they have deep inside them -- a desire, a dream, a vision.” It is that desire, dream, and vision that we embrace and hold on to. We place athletes on such a pedestal because we see attributes in them that we would like to see in ourselves. For me personally, I feel a certain connection to Michael Jordan and the Chicago Bulls. I will never forget when the Chicago Bulls had their first three-peat because it happened on the day of my graduation.  To this day, that is still one the greatest days of my life. It is because I directly connected my achievements with those of my favorite NBA team. And just to add to my love of the game, the Bulls accomplished their second three-peat on another monumental day of my life. As my team raised their hands in victory, I was raising my diploma in victory. These are the memories that connect us to sports that keep us coming back for more. Any drug addict will tell you that there is no high like the first one and what makes them an addict is trying to attain the same high once again. That isn’t the most politically correct analogy but it is the one that fits. As sports fans we are always chasing that first high. I’m not a Boston Red Sox fan at all but I did understand the joy they felt when they finally defeated the New York Yankees and went on to win the World Series.

As human beings, that is what we all want. We want to win our own personal World Series. Whether it is marriage, getting the big promotion at work, capturing the dream the seems to elude us, or just living each day to the fullest, we all are in search of our personal treasure. So if you are not a sports fan and you can’t understand why people tailgate or sleep outside to get tickets, then maybe this will serve as a small indication of why sports are so appealing. Sure Grey’s Anatomy is a great show filled with passion, intrigue, and drama but it is all fictitious. Sports provide that same passion, intrigue, and drama but it’s totally unscripted, unrehearsed, and uncut. So when Jordan hit the game winning shot, Tiger sank the hole in one, and Jerry Rice caught the catch to win the Super Bowl, I hit that shot, I sank that hole, and I caught that touchdown. In their accomplishments, we all find a sense of accomplishment so at least for me, that is a BIG DEAL!